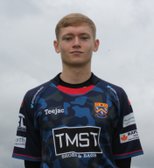 A Strong Oldham Performance, Beaten by a Determined Newcastle

Oldham 3rds had an early departure on Saturday on a coach down to Staffordshire to play Newcastle Under Lyme in the second round of their League cup competition. In addition to a game of rugby, this became a ‘trip’ in the usual Vets gang travelling in style with silly hats, wigs, and much mirth to follow the game. But the serious business of the game was indeed taken very seriously, and after an early arrival the squad got on the pitch for a full warm up, and then back into the changing room for a serious team talk from captain Paul Blomfield. When the starting fifteen ran out on the pitch, every man was fired up and ready to go into battle for the Club.

It was clear that Newcastle were expecting to take an easy win. They have had large wins to nil in recent games that have been stopped after sixty minutes, and they saw the older lads in the Vets and thought it was all going to go their way. This was not to be the case…

The match kicked off in excellent conditions with a really good surface. Newcastle went on the attack immediately but were met with strong tackles from right across the middle of the pitch and wide out to the wing. They had many strong young runners and were moving the ball around to exploit them. Within five minutes they had a try on the board, and Oldham knew it was going to be a tough game. However Oldham came back and made advances into Newcastle territory with their own strong runners, especially featuring Rob Froggatt and Kristaps Lusins who made great yards though the middle supported by speedy young legs in the backs from Rob Charles and Jay Taylor. Oldham’s efforts were rewarded by a penalty which Rob Charles converted, launching Oldham’s campaign.

Newcastle came back with another try, taking their score to fourteen, but Oldham were in the game now and once again drove hard at the Newcastle forwards through multiple phases, eventually resulting in Rob Froggatt carrying the ball over for Oldham’s first try, this converted by Rob Charles.

Oldham went into the second half knowing that the game was theirs to take if they could build on the first half successes. In terms of territory and possession, Oldham showed their superiority throughout the second half. They kept Newcastle on the back foot for the majority of it and forced them to make many errors, resulting in Oldham having multiple penalties which they repeatedly kicked into the bottom left corner to put enormous pressure on Newcastle’s defence. Newcastle defended very strongly, but eventually Kristaps Lusins ran hard at the line and Newcastle were unable to stop him. His try was converted by Rob Charles, and Oldham were now properly in the driving seat. Oldham had one more try in the second half, this one from a superb driving maul from fifteen meters out, eventually finishing with Rob Froggatt grounding the ball for Oldham’s third try.

Oldham put in a good enough performance to win the game, but Newcastle punished the occasional error with breakaway tries from their fast young backs, and therefore Newcastle finally took the win.

Oldham were proud of their performance; everybody who played did what was expected of them. The Senior Colts who had stepped up and played for the 3rds this weekend did themselves proud. Rob Charles played superbly at fly half, Dan Atkinson worked tirelessly around the breakdowns, and Jay Taylor at full back gave an exemplary performance to take the Man of the Match accolade.