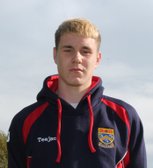 The original date for this fixture is lost in the depths of history, or so it feels like, as this was the fourth time of trying. Oldham travelled to Didsbury on a lovely spring day with a good looking, full squad and high hopes of a decent result. The team was looking like a very good blend of Youth and Experience as you might expect on Easter weekend and special mention to Colts Player Rob Charles making his first senior start for Oldham having turned 17 the week before, stepping up to join several other colts players who were already in the squad.

Didsbury were the stronger team from the start but Oldham defended well and kept the home team at bay for a while. Didsbury keep up the early pressure and their first try came with 10 minutes on the clock. The conversion was missed. Oldham responded well, with a try of their own from Kevin Golland, following some quick hands through the backs out to the wing. There was not much in the game and both sides were playing some good rugby. Didsbury managed to score a second try to edge themselves back into the lead, again missing the conversion. Oldham stuck to their plan which then saw Will Mellor make the breakthrough for their second try again following some great hands from the backs. Again the conversion was narrowly missed.

Oldham now went looking for the next score before half time and they were successful with a great tackle bursting break from Dean McEwan crashing over for the score, following some excellent driving work from the Pack. The conversion was missed but Oldham were now ahead for the first time in the half time.

The visitors started the second half with some strong runs from the backs and soon got themselves another try with a quick thinking fast break from Will Mellor, this time converted by Fly Half Rob Charles. Didsbury kept themselves in the game with a converted try, but Oldham sensed they could stretch their lead if they kept up the pressure.

The Oldham team continued to defend well and waited for their moment to attack. After holding up the Didsbury forwards on the line, Oldham moved a quick ball out to the backs and Josh Watson made the break to score Oldham’s fifth try of the game kick missed. Didsbury then replied with another unconverted score.

The game was still not done and Oldham knew they needed one last score to really kill off any last hopes from Didsbury. This was achieved by Wayne Hadfield taking a great ball through the middle of the home sides defence to score. Oldham were now definitely on top and as the time was drawing to a finish they put the final seal on a great win with some excellent backs work to move the ball out to the wing for Colts player Jamie Dalloway to race through for the Try. This was well converted by Rob Charles.