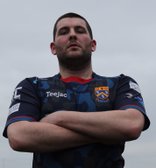 Big win for Oldham 3rds away to Aldwinians 4ths

Oldham 4ths began their 2019 campaign at the weekend with a trip away to Aldwinians. Oldham had won the last five fixtures against this team, so were looking to continue the fixture’s form. With only seven games to go until the end of the season and a current second place in the table, Oldham 3rds were looking to exert their dominance in this fixture and threaten the top spot of the table, with promotion looking a realistic endgame.

Conditions for this midwinter fixture were excellent. Although cold, there was no wind and there had been no rain for over a week, so the pitch was in excellent condition. Oldham also had a great turn out with twenty one players on the day – a great achievement given the fact that all three teams were away, the firsts with the maximum twenty and the seconds with the maximum eighteen.

Oldham’s game plan was to attack hard from the kick off and put Aldwinians on the back foot early. This certainly did this with an early territorial advantage, and when awarded a penalty in Aldwinians twenty two they elected to kick for goal, duly converted by Rob Froggatt. Aldwinians never really got into the half after that with Oldham dominating in the pack and the backs interchanging well with the forwards to keep driving the opposition back. Froggatt was on great kicking form with the ball repeatedly kicked into Aldwinians corners. The Oldham line out and drive was working well, and the almighty pressure they put on Aldwinians rewarded them with three tries in the first half (all scored by Froggatt), and a half time score of 0-20.

In the second half, Aldwinians rallied well and had a couple of scores of their own, but Oldham were still the better team. A penalty from Froggatt and then Bruno getting his name on the scoreboard with a well worked try as well. A final score of 12-28 was a fair reflection of the game. By Saturday night, Oldham were showing as top of the table, a point ahead of second place Wythenshawe who they play at home next week in a replacement fixture for the game on 15th December when Wythenshawe left the pitch after twenty two minutes following a player injury, refusing to move to one of the other two available pitches due to Oldham ‘playing too rough’ as they stated on the day. Oldham look forward to finishing the job off next week.