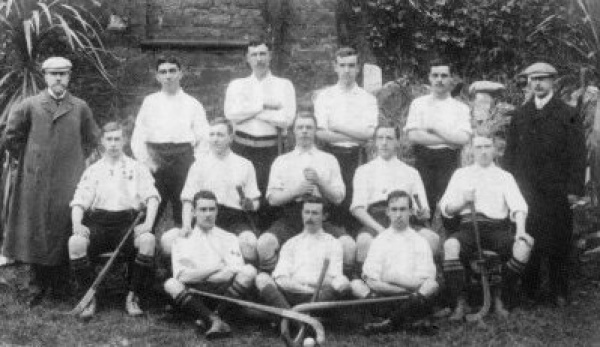 The Club started its existence in October 1897, and members still have those original minutes of the 16th October. The club held its early meetings in the Angel Hotel in the town and was originally a men's hockey club only. The ladies section was in existence in its own right for 20, lately joined with the men's section.

As far ago as 1907, when the town was a hotbed of hockey, Mr. Jack Jonathon's father had several caps for his county, DR 'Bill' Griffiths, played for Great Britain in the 1948 Olympics, Stan Hall and Chris Holland, both represented Wales and Philip Jones won a Schoolboy Cap. Malcolm Nash, the Glamorgan cricketer (ex Grammar School) was registered with the club as a player. Mr. Jack Jonathon was involved in the club as a player for many years along with other town notables, such as Billy Denner, who was goalie for the club and Wales, Acker Sharpe, the Latin master at KHS was also a many capped international and there were many more I am sure.