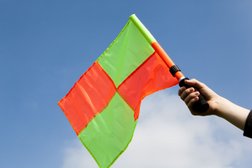 After recovering well from conceding early tries to be level at half time Acklam fell away to another defeat at the hands of visitors Novocastrians, enabling the Newcastle side to jump above them in the league.

Acklam started slowly and after they were penalised Novos kicked the penalty to touch near to the home line. The visitors then drove from the lineout to score. Then Acklam conceded again as Novos broke away then regathered a cross kick to go over in the corner. Both conversion attempts were missed but Acklam found themselves 10 nil down.

They did get on the scoreboard a few minutes later. After good work by Acklam number 8 Riley McPhillips Novos were penalised at the breakdown and stand off Danny Ashton kicked the goal to make it 3-10.

Things looked promising when centre Ricky Scott made a half break, well supported by Alex Faint. After the ball was recycled winger Josh Abraham made good ground only for his inside pass to be knocked on. Then from the resulting scrum Novos broke away and from the second phase the ball went wide for the visitors to score their 3rd try. Again the conversion was missed.

Acklam soon struck back. From a scrum just outside the visitors 22 they went blind and Abraham broke the gainline then passed back inside to scrum half Nathan Faint who forced his way over to score. Ashton missed the conversion but successfully kicked a penalty a few minutes later to narrow the gap to 11-15. Almost immediately Novos kicked a penalty of their own.

The game was going from end to end now. From a lineout near the visitors' try line Acklam tried to drive over themselves but were stopped and Novos were awarded the scrum. After a couple of Novos infringements they had a player yellow carded and Acklam looked to make the extra man count. After Abraham fielded a Novos clearance both he and back row Paddy O'Brien made good ground. Then the ball was recycled and put out wide for full back Jacob Swann to score an excellent try. This was well converted by Ashton to level things up at 18-18 . Although Acklam prop Jordan Rae also received a yellow card just before the break their supporters were very pleased with the way the team had come back after conceding early tries.

However, optimisation gave way to disappointment as the second half unfolded. Novos started fast again. From a penalty and lineout Acklam were again unable to defend the drive as Novos scored to retake the lead at 18-23. This time there was no Acklam comeback as 3 more Novos tries put the game well out of the home side's reach. Novos looked certain to score from another driving maul and when Acklam desperately pulled it down this resulted in a penalty try and another yellow card. Next Novos drove again from further out before releasing the ball for their winger to beat his man and score . Only a few minutes later they made a break and when stopped just short picked up at the base of the ruck to score and bring 40 points up.

Acklam did eventually score again themselves. Replacement winger Jacob Robinson, in his first appearance of the season, made a great run breaking a couple of tackles to run round under the posts to score.

This was to be a consolation try only,  however. After a very disappointing second half the game ended in a 25-40 defeat for Acklam.