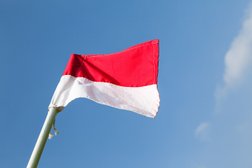 Our last match before the festive break ,acklam produced probably there best performance of the season.From the 1st minute Acklam were impressive strong in the tackle and lightning quick in attack Dmp had no answers and were comprehensively outplayed. Acklam s passing was crisp and precise and opened up play for our backs who were awesome.tries were spread about the team but the thing that impressed was the team ethic and everyone contributed to this great performance. Some great tackles stopped mowden in there tracks chuck,jayden,logan and our new number 6(apologies didn't get the name) were rocks in defence and attack improving the ruck and controlling the break down,marshalled by Kieran at scrum half who had a blinder, well done to chuck for his strike in the uncontested scrum what power!! . inside Darcy was his normal self bursting through with Lucas and Zak taking no prisoners. Gi was as tricky as ever,Josh was battling everywhere to leave the backs to strike and Joseph,Sam,James certainly did but again it was the backing up on these drives that impressed.
All in all a thoroughly good way to see off gav s last away match as the team put into practice what he has been coaching week in week out.
More to come Up the Acklam