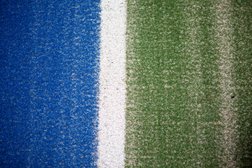 Acomb fell to their first defeat in 4 games away to bottom side Harrogate. The home side had Acomb on the back foot early on, and took the lead 20 minutes in with a smart near-post finish. Acomb had several good chances of their own, including two one-on-ones which they were unable to convert. However, they restored parity right at the end of the half when Matt Dickenson’s short-corner drag flick was blocked by a Harrogate body, resulting in a penalty flick which Dickenson then converted with the last action of the half.

The second half was a tight affair, but Harrogate got themselves in front again midway through when one of their midfielders was able to make an unchecked run into the D and finish from close range. Acomb struggled to find a way back into the game against a Harrogate side whose performance belied their league position, but were able to launch several counter-attacks with the pace of James Saunderson, Harry Ellis and Abdel Elofity causing problems for the Harrogate back-line. However, they struggled to make it click with the final ball as the score-line remained 2-1 at full time.