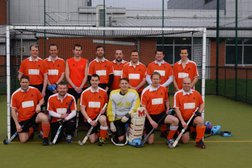 Acomb men’s 1 travelled to table leaders Leeds Adel who had been averaging over 5 goals a game after a string of below par performances. Unperturbed by their hosts the tangerines played some of their best hockey of the season and held the hosts to a single goal. Shortly after the restart Acomb levelled from a Carrick Blacker strike which was well deserved following his mid-season absence. The game ebbed and flowed both ways with the tangerines having some chances to grab the lead but despite the tangerine defence holding firm keeper Craig Brown was unable to prevent two penalty corner strikes and Adel won 3-1 gaining one of the two promotion places to division1.