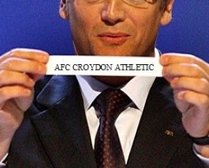 The FA have finally announced the draws for the FA Competitions for 2019/20 season with non-league football fans checking their fate.

In the FA Vase the Rams have been drawn away to Sheppey United in the 1st Qualifying Round who we will be familiar with and against whom we have previously locked horns in the FA Cup. Sheppey are one of the favourites for SCEFL this season so will be tough opponents. The winners are away to either Saltdean FC or Lordswood.

Finally for the Rams, in the FA Youth Cup we have been drawn away against Sittingbourne in the Preliminary Round. In the First Qualifying Round it is another away draw against either Phoenix Sports or Tonbridge Angels. These ties will take place in September.