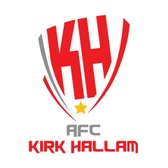 Changes for the upcoming season

With the uncertain times brought about by the Coronavirus outbreak, Grassroots football has not been at the forefront of peoples thoughts, along with all other sports. However, with the governament relaxing lockdown regulations, and a glimmer of hope that local football will be happening again in the not to distant future, its time to detail some of the changes at the club.

With the 2019-20 season being hugely disrupted due to the awful weather in the first half of the season, followed by the Coronavirus outbreak, all grassroots football was cancelled and therefore no seasons were completed. This meant that, along with saying goodbye to our under 13's, who folded in January, we did not get a chance to say goodbye to the under 18's who were in their final season at the club. The club would like to thank Steve Roome, Jason Foster and Darren Stokes for being a part of the club for the last three years and for representing us with passion, respect and dignity in all that they did. A 2018-19 league runners up trophy rewarded their hard work.

The club will now not have a junior section for the upcoming season and the foreseeable future. Thank you so much for all who have been involved in both the under 13's and the under 18's. The management teams, parents and most importantly the players have contributed massively to our history as a club and will never be forgotten.

The first team and reserves, despite having their seasons cut short, were in a very strong position and will hope to continue this for the upcoming season. Both teams were in the top three in their respective divisions and we await confirmation from the Long Eaton Sunday League as to their divisions for 2020-21. The league themselves have had to delay the AGM due to the Coronavirus outbreak... More on this to follow.

The recent update from the FA means that teams are now allowed to train in small groups of no more than six including a coach, while maintaining social distancing and disinfecting of equipment at regular intervals and making sure players sanitise their hands regularly. This means that we would be able to seperate a pitch out into segments and have multiple groups of six training. More information will be posted as ther situation continues to develop.

The club would like to announce the return of veterans Football to the Stute. For the 2020-21 season, we will be entering an over 40's team into the bottom division of the East Midlands Veterans League. Matches will be played once every two weeks, with a 2:00pm kick off. this will mean the club will have matches at the Stute all day on Sundays when the vets play a home match. This is great news for the club as we continue to provide football for open age players.