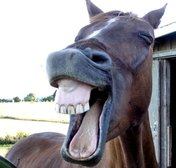 ON THIS DAY - 30th November

Nobody likes being nagged

In their first season together, the reserves hosted Nags Head & Plough in the Long Eaton Sunday League division 3, who at the time were above them in the league.

Goals from Mark Walker, Kurt Reynolds and David Hutchinson gave the home side a 3-1 win, moving them above their opposition and ultimately gave them the three point gap by the end of the season to put the reserves in third spot.