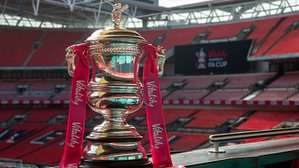 AFC Portchester’s ladies team have learnt who they will play in their first ever Vitality Women’s FA Cup tie.

The Royals will make their debut in the national cup competition in the First Qualifying Round with a home tie against QK Southampton.

The match is due to be played on Sunday, September 11, but details of the tie are yet to be confirmed.

The winners will be at home again in the Second Qualifying Round, with Badshott Lea or Dorchester Town the visitors. This round will be played on Sunday, October 2.

There is plenty of prize money up for grabs in this FA competition too. The winners of the First Qualifying Round tie will receive £1,800 and the losers get £450.

The winners of the Second Qualifying Round tie will receive £3,000, with the losers getting £750.