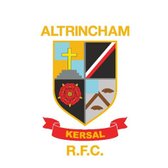 It has been decided by the Club that in these unprecedented times and for the protection and safety of all Club Officials, Players and Members that this AGM will be held via Zoom and the invite instructions are as below.

We ask that all Members who would like any questions addressed, usually in ‘Any other Business’, at the AGM submit these before the above date to tm@red-ltd.com so that we can try and address as many queries/questions as is practically possible relating to the affairs of the Club.

Members are directed to the rules and standing orders available on the club web site for information about the meeting and how business shall be conducted. AKRFC is a Community Benefit Society (CBS) and our rules are established under the Co‐operative and Community Benefit Societies Act 2014 and overseen by the Financial Conduct Authority.

Resolutions are as follows:
1. Rather than undergo the expense of a full statutory audit conducted by an external accountancy firm, the club's assets and turnover are small enough to allow us to disapply the need for a full audit and instead opt for an Accountant's Report. This is prepared by a qualified chartered accountant and states that the revenue account and balance sheet is in agreement with the books of account kept by the club and that the statutory accounts comply with the requirements of the Co‐Operative and Community Benefit Societies Act 2014.
The Committee is able to decide to disapply the need to appoint auditors and opt for an accountant's report In accordance with Rule 92.9, which has now been completed by a local firm of accountants, Blair Shepherd and Co. for the 2019/2020 year.
In accordance with FCA rules and guidance, the resolution will pass if:
• less than 20% of the votes cast are against the resolution, and
• less than 10% of all members entitled to vote cast a vote against it
If this resolution is not passed, the society must have a full professional audit.
The Committee seeks to disapply the need to appoint an official auditor for the coming year and to instead rely on an accountant's report, as set out in resolution 1 above.
The resolution only operates for one year of account. So a society must pass a resolution in each year of account it wants to opt out of the full audit requirement.
2. In accordance with Rule 90 the resolution is to appoint Blair Shepherd and Co as the Chartered Accountants for the ensuing year.
Voting for an ordinary resolution such as this is passed by an majority of not less than 50% of the votes cast.