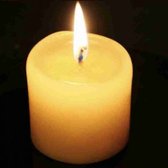 We are sorry to advise that Brian Minor recently passed away. Brian was a long standing active member of Kersal, having joined as a second row in our days at Oldfield Road and moving with us to our present base. When his playing days were over he became an ardent supporter on most Saturdays and was the club steward for a spell. He became very active with EGOR (ever greens of rugby) and was awarded his gold shorts when he reached the playing age of 70. He then continued with them in an admin role until fairly recently.

When the family moved Brian joined Eccles rugby club as a social member but always supporting A/K when the two clubs met. In addition he was a member of Lancashire County RFU, serving on the County Cup Committee and Disciplinary Committee. He was a League Secretary for many years.

All in all the archetypical rugby stalwart, on and off the field from start to finish.

The funeral will be at Peel Green Cemetery on Monday 26th July at 12.20.