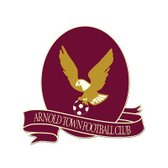 A major restructuring (details to follow in next few days) will see a new management team at the helm next season.

I personally want to place on record my thanks to Wayne for all of his efforts over the season and the tail end of the season before. Wayne has given his all and worked tirelessly, and been a real pleasure to work with; I really feel our final league position does not reflect on his efforts- but that's football.

In circumstances when often Wayne has been a solitary figure on the bench I only wish as a Chairman I had been able to afford him more support. It really has been a hard slog for Wayne, one he has risen to and his determination and good humour throughout has been refreshing.

We part on good terms and I am sure our hardcore support will join me in thanking Wayne for his efforts and wish him all the best for the future.

Wayne will be issuing a statement which I will post on the forum.