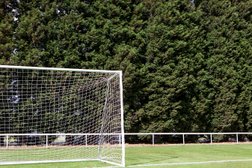 So brace yourself for tonight`s game. If we get through Italy would be a really tough game in the Final but what a moment it could be for our young players never seeing England in a cup final before. Mind you most of the parents also would be the same. I remember being sat next to my dad aged 5 watching England win the world cup. My dad was so excited when Geoff Hurst scored in the final minute he ran outside and pulled the cabbages out of the garden.

So realistically there are may 6 Fantasy Managers still in with a chance. Neil is narrowly in front with 103 points but only has Kane for tonight`s game where Gillan lying in second has Kane and Walker so at Kick off they will be level.
Joe is lying 3rd now after a slow start on 98 He has Maguire and Kane so he needs another Header from the centre back to get involved in the lead.
A bit of a gap then to Ben with 95 and Tyler with 94 Ben has Mount and Kane and Tyler has Walker and Sterling so they could still catch the leaders.
Also James is on 94 but he has James in his team and hes unlikely to play.
The rest are as follows.
Raff 93
Kobe 92
Isaac 92
Kaspar 92
Ollie B 91
Louis 86
Zach 85
Jane 81
Charlie 81
?
Come on England