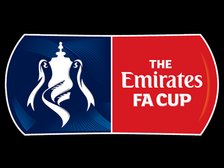 Ashton go out of FA Cup

Today’s cup tie was always going to be a tough ask as Halifax Town are two leagues above Ashton but the home side got off to the worst possible start by giving away an early goal. Halifax’s first attack saw us fail to clear the ball and 6 foot 7 inch striker Tom Denton put the visitors ahead with just 2 minutes on the clock.

Ashton failed to settle and get the ball on the ground but Halifax looked impressive in all departments. They had pace down either flank and were first to the ball in midfield.

Another stroke of bad luck soon followed as Callum Wilson was stretchered off after only 10 minutes after a collision with Ashton keeper Martin Pearson. Luke Holden came on to replace him.

Halifax had numerous attacks and the defence held off the constant aerial threats from corners and free kicks. Pearson making 2 or 3 excellent saves.

The pressure told after 32 minutes as centre back Danny Hone rose above the Ashton defence and headed home from a corner kick.

Minutes later it was 3-0 to the visitors, this time a great strike from No. 3 Jordan Sinnott right in the corner.

Ashton persevered and our best effort came from Paul Watson with a shot just over the bar. Half time Ashton Athletic 0 Halifax Town 3.

A substitution in the 2nd half saw Adam Gilchrist come on for Sam Bailey to add extra weight up front. Isaac Kusaloka worked tirelessly in attack and came closest for Ashton with a chip just over the bar, with Town’s keeper well beaten off his line.

Halifax still looked in control despite Ashton working hard all over the pitch and it wasn’t long before they made it 4-0. Alex Simmons with a left foot strike into the bottom corner.

Only a minute later and it was 5-0 as No. 8 Richard Peniket finished well. To their credit Ashton Athletic players battled hard but only for a string of excellent saves by Martin Pearson in the Ashton goal it could have been more.

Another substitution for Ashton brought Matthew Farnworth on for Chris Webster but the game was won by then and its credit to Halifax that they looked impressive throughout the 90 minutes.

Man of the Match for Ashton Athletic was Martin Pearson for his excellent performance in goal.

The game today was the biggest in the club’s history and today’s attendance was 479 easily surpassing the previous record of 202.

Halifax brought great support with them today and they were a credit to their club. Everyone at Ashton Athletic wishes them all the best for the next round of the FA Cup and indeed for the rest of the season.

The chairman Jimmy Whyte and committee want to thank all their home supporters for their attendance and hope to see them all again throughout the coming season.

Today was a great occasion for the club and we hope there will be many more to come in the future.