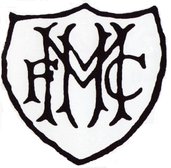 The current club was established in 1953 as Makerfield Mill. They initially played in the Wigan Sunday School League, before moving to the St Helens Combination, in which they played for three years, winning Division Two in 1957–58. In 1958 they joined the Warrington and District Amateur League, winning Division One in 1959–60 and 1950–61. In 1962 the club were renamed Ashton Town after being forced out of their Windsor Road ground and moving home matches to a public park pitch at Whithill Street Recreation Ground in Bryn. However, they won the league again in 1962–63 and 1963–64. In 1964 the club purchased their Edge Green Street ground, which had currently hosted Stubshaw Cross Rovers. They finished as Division One champions for a fifth time in 1964–65, before winning a sixth title in 1969–70. They joined the Lancashire Combination in 1971, moved to Division Two of the Cheshire County League in 1978 and became a founder member of Division Three the North West Counties League in 1982.

In 1985 the club dropped into the Manchester League, but returned to Division Three of the North West Counties League the following season. After Division Three was merged into Division Two in 1987, the club have remained at the same level since.