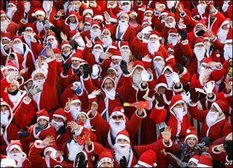 We can look forward to the New Year with optimism
Chairman, Terry Hollis

As 2019 draws to a close I wanted to look back over the past year and reflect upon just how successful we have been. Promotion from the EvoStik Northern Premier League at the end of the 2018/19 was an outstanding achievement for our club and was reflective off the massive efforts of everyone, on and off the pitch.

As soon as the season was over the hard work was cranked up to prepare us for the new season in the Vanarama National League North with much to be done, both in preparing for the visit of some big name clubs, as well as looking to find as much resources as we could to maintain our status.

We have struggled for results of late but that in no way reflects the effort and commitment of everyone to turn things round. We have for many years, and probably will always suffer from the big boys cherry picking our better players. Still we have remained resilient and continued to work hard to achieve our success. I see nothing different this year, other than it being harder for our management team to bring in some of the personnel they would like to because of budget constraints.

Off field we have been hampered somewhat by efforts to secure a new lease that would help us attract grant funding. Still we wait for TMBC to sign a new lease despite our agreeing the same and signing acceptance. Hopefully this will be settled early in the New Year allowing us to progress towards securing the Grade B ground grading certificate needed to compete at National League North.

Our partnership with Ashton United in the Community continues to support local people, ostensibly through offering volunteer opportunities and training via the club. Without the team of volunteers we would not be able to function as a club, on any level, let alone at Step 2 of the non league pyramid. Take a bow all of you. Your collective achievements make Hurst Cross a very special place to be

Community engagement activities will grow in from January 2019 as AUITC has appointed a Volunteer Manager whose efforts will bring in more opportunity and more projects for local people to take part in. One such project will be HurstFest 2019 on Saturday 11th May 2019 the third year we have hosted this free festival, with each year getting bigger and better than the previous one.

On behalf of the Board, Management and players of Ashton United I would like to wish all of our Ashton family, and the wider Football family, a very Merry Christmas and a Happy New Year.