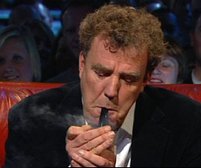 The problem is that I like rugby very much and I have many opinions about who should do what and when, but never having played I do not have the first clue what's going on. I have no idea why the forwards play at the back and the backs at the front. And nor do I understand what's meant by "the blind side".

I can't see why one side of the pitch is blind and the other is in full view. It all makes no sense.

And it makes even less sense when 140 tons of beef all lands in a big muddy lump on top of the ball and you have no idea what on earth is going on in there. Not until the referee blows his whistle, does some signing for the deaf and decides that someone at the bottom of the pile has let go too soon, or not at all, or come in from the side or made the ball go forwards and that as a result, another big muddy lump must be formed to get the game going again.

Despite all this, though, you have to love the collisions, the moments when someone with thighs made from oak and a chest the size of a tugboat smashes into a winger with such ferocity that you wonder how his skeleton hasn't just disintegrated into a million pieces.

That and the fights, those cherished moments when a man mountain smashes his fist, which is the size of a Christmas ham, into someone else's face and all hell breaks loose. Brilliant.

And that brings us on to the referee who, instead of wading into the melee and showering the participants with red cards, simply asks everyone to calm down, pauses while the more badly injured have their noses and ears sewn back on, and then restarts the game.

Compare this attitude with the homosexual nonsense we see in football. Flick someone's earlobe in a game of football and some jumped-up little gnome, sweating like a rapist, will mince over and order you off the pitch.