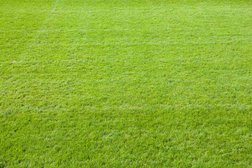 AOE continued their winning run with an emphatic and entertaining 57-0 victory over Coalville at Sunnybank Avenue.

9 tries, with 6 conversions gave Aston a comfortable victory, although they were made to work hard in defence as the visitors laid siege to their line at the end of both halves. Aston's defence was resolute however, and they forced a number of goal line drop outs after holding Coalville up over the line several times.

The forwards battle was well fought all afternoon, but as Aston found open space their strong running was too much for the visitors and tries came at regular intervals.

Centre Liv Platt led the way claiming 5 tries with some silky running, and back row Jess Hood also claimed a hat-trick with some powerful surges to the line. Hooker Taylor Marshall showed a good turn of pace to run in from 35 yards out, and an impressive kicking display by full back Lauren Creswell brought 6 conversions.

The win leaves Aston top of the table with 7 bonus point victories, having scored 300 points and conceded just 46.