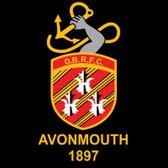 As many will know since head coach Dan Cox gave notice of him standing down from the roll in March the club have been on the look out for a candidate to replace him.
Over the past month the club have been in talks with a number of coaches but recently were informed of the news that Dan, after starting his new career as a lecturer, has realised that his role will allow the time needed to continue coaching as well.
Rather than both parties start a fresh and after stating that he’s been left with a feeling of ‘unfinished business at Avonmouth’ Dan has requested to continue working with the club with concentrated efforts towards player & team development.

We ultimately feel that the reappointment of Dan is the best fit for us as a club with the current pool of players we have on board at Avonmouth and with what is coming through from our colts/junior section.

Much of the reason for Dan being able to manage time outside of his day job & concentrate efforts towards coaching will be down to the appointment of long standing prop Grant ‘ken’ Britton being appointed Director Of Rugby.
Ken who after stepping down from playing 1st XV rugby at the end of the season will take on the role to over see operations for our senior section, be a valuable link to our ever growing junior section, ensure a seamless transition to senior rugby at Avonmouth & work alongside current coaching staff members to support development.

We certainly feel we are moving in the right direction as a club and that we are getting the right people in the right places to be able to push ourselves on in what is a very competitive league.
We would like to thank all of the applicants for their time and patience during the last couple of weeks.