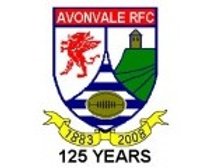 Avonvale Rugby Football Club was founded in 1883 as Batheaston FC. It is the oldest continuous junior rugby club in Bath, celebrating it's 125th Anniversary in the 2008/2009 season.
The club has always been highly regarded for providing 'social rugby', putting equal effort into the enjoyment of the game by it's members as it does into training, player development and performance. The result has been some good years, followed by some bad years, followed by more good years. In the late 1970's the club boasted four regular senior sides and even fielded five teams during that very prosperous period.
A lean spell took the club down to just one side on Saturdays, but the introduction of a youth team, originally at Under 13's level, followed by the emergence of a thriving minis section has gradually helped to pay dividends. The coming of age of the first batch of young players, along with some new recruits has seen the club begin its return to winning ways and is currently aiming for back to back promotions.
Newcomers are always welcome and the club aims to resurrect its second XV in the near future and is always on the look out for players of all ages. Details of our current minis section and their coaches can be found on this site.