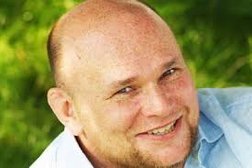 This was an historic performance on an historic occasion. Not only was it ten years on from the first AJ Day – the annual celebration of the legendary Mannerian AJ Hall – it was the first time in the club’s long history that the team was stepping out on its own pitch. After years of painstaking negotiations, planning, ongoing fundraising – and downright hard work – the new ground on Shutts Lane looked immaculate in the late summer sun. President Jim Hollingworth confessed to having a tear in his eye as he considered what the club had finally achieved. “We owe a huge amount of gratitude to all those who have striven to make this a reality,” he commented, “notably Tim Sargent, Barry Pearson, Denzil Bowyer, Joe Oldfield and Rod Bell in the planning phase, plus of course Ben Wade, Paul Webster and Dave Boam on the ground – and Steve Harker for supplying the posts. I’ve probably forgotten many others, but if so they only have to ask and I’ll buy them a pint. Or two.”

And the match itself – a Notts, Lincs and Derbys Cup tie against Tupton – lived up to its billing. It may not have been a vintage Tupton team, but you can only play what’s in front of you and from the start the work put in by Coach Wade and the players over the summer was clear to see.

Wave after wave of play followed from Nathaniel Lunt’s first kick off, and it wasn’t long before the dainty Charles Cone was scampering over for a debut try after a run so mazy it might have come from Peter Carr. Flanker Adam Pearce was next on the score sheet, finishing a move that started with a lineout and featured slick handling from Seb Cooke, Jon Buchanan, Kevin Cullen, John Pierce and Lee Williams. By half time the score had reached 34 points and operator Steve Harker had set up camp next to the scoreboard with several pints of fine ale from the new Carriages mobile bar and a selection of locally reared burgers and sausages from the Ginger Butchers of New Close Farm. Tee-boy James Bentley had his work cut out keeping up with the conversions – but it now forms part of his training regime.

Further tries before the interval came from Lunt, James Hall and Tom Bell, with Lunt converting occasionally. Scorer Harker was trying to keep a tally but by now he’d been supplied with his sixth pint of Peak Ales Summer Sovereign and his maths had taken on a slight Diane Abbott tinge. The only real downside for Mannerians was the loss of acting skipper John Everitt to a back injury, but with the Hopkinson brothers wrestling to replace him the strength of Mannerians’ bench was demonstrated. Will Brocklehurst found himself despatched to the place normally reserved for his brother-in-law, Ben Furness, and while in the past this might have caused heads to drop and Mannerians to concede a try or two, there was a new mettle in the team, and not only was the Tupton Nil score maintained, but Furness and Cone continued to make sure the home scrum was still going forward.

The second period was marked by two tries for the returning Tom Crapper – whose sabbatical in the round ball game had, if anything, helped him to raise his pace still further. Scouts from other clubs in Mannerians league will have been reporting in that the talismanic wing is back and ready to cause mayhem.

At the fifty minute mark Cone made way for Ed Farmilo, while at scrum half Joe Pearce came on for Cooke, demonstrating the range of styles and options Wade has available to him. Cooke’s energetic, sniping play was replaced by Pearce’s quick, accurate service, and the backline continued to menace. Jimmy O’Neill came on at hooker, throwing with pin-point accuracy, and Buchanan battered his way to the line after solid lineout work from Brocklehurst and Cullen.

Lunt claimed his hat-trick, a feat that the scoreboard operator missed at the time, enabling Lunt to escape buying a jug. For now. The Mannerian backs were carving up Tupton as the game wore on, and Crapper’s second was a classic, quick hands enabling the wing to strike an astonishing line and leave the defence for dead.

Tom Bell was next up with his second of the day, his explosive sidestep proving too much for the visitors after a fine piece of scavenging by Alex Hopkinson, supported by brother Ben. Wing Jamie Henderson was not going to be left off the score sheet, and he sped up the left flank following sharp passing from Joe Pearce, Buchanan, Pierce, Farmilo and Bell, touching down in the corner to give Lunt a real test – which he passed to take the score over the 80-point mark.

By now Mannerians’ play was nothing short of breathtaking. Forwards and backs combined and the collective energy and precision had the crowd purring. O’Neill, Furness and the Hopkinsons did the hard yards in the final play, before half backs Pearce and Buchanan launched the back line and Mr Perpetual Motion Adam Pearce was on hand to claim the try. Fittingly Lunt had the last kick as well as the first, and after several recounts Harker announced the score to be 88-0.

Former President Denzil Bowyer was euphoric after the game. “This has to be one of the greatest occasions in the club’s history,” he said, “and we’ve run out of beer, which tells its own story. With our own pitch, a great coach and this fantastic squad of players the future has never looked brighter for Bakewell Mannerians.”