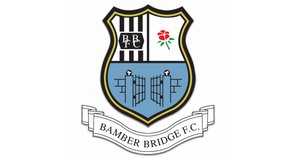 By Ryan Smart Brig face a quick turnaround from Saturday’s 1-1 draw against Witton Albion as they host Nantwich Town tonight.

Nantwich, nicknamed ‘The Dabbers’, currently occupy a play off place in fifth position and will provide a tough test for Joey Collins’s side.

They did not play in the league on Saturday but their 1-0 FA Cup qualifying round win over Morpeth Town was their fifth consecutive win in all competitions.

Nantwich were founded in 1894 and joined the Shropshire & District League in 1891, finishing as runners-up in their first season.

They had spells in various leagues and were presided over by A.N. Hornby, perhaps more famous for being captain of the England cricket team in the game that gave birth to the Ashes in 1882.

They were founder members of the Cheshire County League post-war and despite struggles in the league, a win over ICI in 1933 gave them the Cheshire Senior Cup.

Nantwich entered into the inaugural FA Youth Cup competition in 1952 but were defeated 23-0 by a Manchester United side including the likes of Duncan Edwards, Albert Scanlon and David Pegg.

In more recent times, inbetween a spell as manager for Alan Ball Senior, in 1982 the Dabbers became founder members of the North West Counties League, suffering relegation in their first season.

They finished fourth in the Premier Division last season, as well as adding former Preston striker Ricardo Fuller to their ranks, but lost to Warrington Town in the play-off semi-final.

Dave Cooke was appointed Nantwich manager in the summer of 2017, having previously held management roles at Northwich Victoria and was assistant at Shrewsbury Town.

He was at Shrewsbury when England goalkeeper Joe Hart made his debut.

In his first season in charge he guided Nantwich to the first round of the FA Cup where they were beaten by Stevenage, as well as winning the Cheshire Senior Cup.

They retained the cup the following season, and Cooke guided his side to fourth place in the NPL Premier Division.

Nantwich have won their last three games in the league, playing all three at their Weaver Stadium ground.

They recorded consecutive 3-2 wins against Scarborough and Lancaster City, before a 3-1 success over Matlock, who they are level on points with.

They are also enjoying a good FA Cup run, having started off with a 3-1 home win over Grantham.

In the second round they recorded a surprise 3-0 win at National League North side AFC Telford, before the win over Morpeth last weekend.

Their last defeat in all competitions was a 2-0 league defeat at Hyde United in early September.