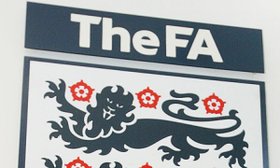 The FA wants to keep the game special, preserve what is great in the beautiful game - and so there are rules regarding betting in football to help protect the integrity and the future of the game.
These rules apply to everyone involved in football, from the players and managers, to the match officials and club staff.

A worldwide ban on betting on football will come into force from 1 August 2014 for all those involved in the game at Premier League, Football League, Football Conference and Women's Super League levels, as well as those at clubs in the the Northern, Southern and Isthmian leagues and all other Participants who do not fall into the category below.

Participants covered by the ban will be prohibited from betting, either directly or indirectly, on any football match or competition that takes place anywhere in the world.

The changes to FA Rules from the start of the 2014/15 season will also effect a worldwide ban on betting on any other football-related matter. For example, the transfer of players, employment of managers or team selection. The passing of inside information to somebody that uses the information for betting remains prohibited.

The betting rules are different for those Participants involved solely with a club at Step 5 of the National League System and below and for any Match Official, referee coach or referee assessor operating at Level 4 or below.

No Participant can bet on a match or competition in which they are involved that season, or which they can influence, or any other football-related matter concerning the league that they play in.
Participants are also prohibited from using or passing inside information for betting.

These are the only Participants who will not be subject to the worldwide ban.

The FA has produced a video to highlight the collective responsibility for players, managers and the football authorities to keep the game special - it clearly explains the new betting rules for all Participants in football from Premier League, Football League, Football Conference, WSL and Step 2-4 Clubs . Please click on the video on the top of this page to view this.
Please note that the contents of this film do not apply to Participants involved only at a Club below step 4 in the National League System or to any Match Official, referee coach or referee assessor operating at Level 4 or below. These Participants should refer to FA Rule E8(2).

Don't Bet On It Poster