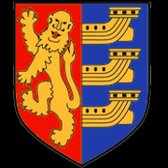 Away Defeat To League Champions

Barkingside fell to a 1-0 loss away to Ipswich Wanderers yesterday, with the win securing Ipswich the league championship.

Steven Le Sage's men, who finished the game with 10 men after Shaquel Foyewa's red card on 44 minutes, put in a good display and it looked like they would be leaving Suffolk with a point.

However a goal from Ipswich on 88 minutes would consign 'Side to defeat, and secure the hosts the league title with one game remaining.

The result leaves 'Side in 9th place, a position they will finish in should they win away against Wormley Rovers in their final league game of the season.

Kick-off for that match on Monday 18th April is at 3pm.