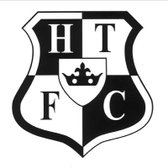 Barkingside fell to a heavy 5-0 defeat yesterday away to title-contenders Halstead Town, to fall down to 11th in the league standings.

This was the club's first game without Francesco Zabotti in charge, who it was announced earlier that day had left the club and his role as first-team manager, to join Springfield of the Essex Olympian League.

Just as it was looking like the first-half would end goalless, Halstead took the lead on 38 minutes through Jake Brown.

The lead was doubled two minutes through a wonder strike from Jack Schelvis to see 'Side 2-0 down at the break.

Halstead scored their third on 67 minutes through Alfie Cleal, with Adam Hampson's overhead kick making it 4-0 on 75 minutes.

The scoring was completed on 80 minutes when Joe Thomas scored a penalty. With the win Halstead moved to the top of the league, as previous leaders Ipswich Wanderers were in FA Vase action.

'Side return to league action on Monday 25th September, when they host local rivals Buckhurst Hill at Cricklefields. Kick-off for that match is at 7:45pm.