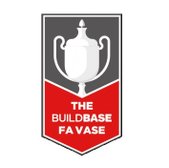 Side Out Of Vase

'Side started well and went ahead after just eight minutes through striker James Peagram.

The lead would only last six minutes as a Bradley James strike drew hosts Cornard level.

'Side regrouped and went ahead for a second time on 30 minutes, Peagram scoring his second as the Sky Blues went into half-time ahead.

Cornard started the second-half in style, levelling the scores on 48 minutes through Cory Willings.

'Side would concede a penalty on 58 minutes, which forward Charlie Lindoe scored and despite 'Sides best efforts they couldn't score to take the game to extra-time and fell to defeat.

We wish Cornard the best of luck in the next round.

The Sky Blues are next in action on Saturday 2nd October when they face Eastern Senior League league leaders Ipswich Wanderers away. Kick-off for that league encounter is at 3pm.