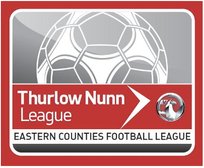 The Thurlow Nunn League have announced the start date for the forthcoming 2022/23 season, as well as other news below.

Based on the Extra Preliminary Round of the FA Cup being confirmed as Saturday 6th August and the assumption that Step 6 sides will not be included in the FA Cup draws - the First Division South (Eastern Senior League), which Barkingside are in will start on Saturday 30th July.

Finalisation of fixture lists will be done once the FA Cup and FA Vase draws are released (probably early July) and fixture schedules for leagues higher up the pyramid become available. As such it is unlikely that any Thurlow Nunn League fixtures will be released before mid-July.

It is intended that the League Challenge Cup will return for 2022/23.

Due to UEA FC's withdrawl from the First Division North, that left that league with only 17 teams.

The league subsequently asked teams in north Essex in the First Division South whether they wished to laterally move to the First Division North. Harwich & Parkeston and Holland FC both indicated that they would be keen to make that move.

The league requested permission for these moves from the Football Association and this has now been given. That means both the First Division South and First Division North will have 19 teams in them.