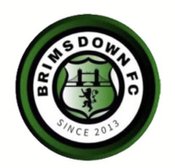 Barkingside earned a hard-fought 2-1 win at Brimsdown on Wednesday night, to climb back up to 10th in the league standings.

'Side went into half-time ahead following a Sam Jones strike on 42 minutes. It was the midfielder's first goal of the season.

Brimsdown then levelled the scores on 48 minutes through Jermaine Drewitt-Baptiste, to get off to a great start to the second period.

However 'side weren't to be denied the three points as James Peagram would grab the Sky Blues the winning goal on 66 minutes. The goal was the striker's 10th of a fantastic season so far and everyone involved with the club hope many more follow.

'Side are back in action on Saturday 9th October when they host AFC Sudbury Reserves at Cricklefields. Kick-off for that match is at 3pm.

The match of course is being held in the memory and life of our former Assistant Secretary John Belsey, who passed away tragically on 12th September.