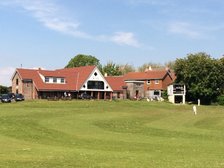 We are Barton Cricket Club

We started by playing friendlies but when competitive cricket started to emerge we were there at the forefront. We were one of the founding clubs in the former Shiphay Manor League and the now Devon Cricket League where we have 1st and 2nd XI teams currently competing in the B and A Divisions (respectively).

We also this year have a team in the South Devon Sunday League. We also compete in the annual Torbay 20/20 bash and were instrumental in bringing that to life. We also play in the Devon Senior KO Cup and Brockman and Aaron Printers cups. We also offer social cricket during the midweek and Sundays.

We were one of the founding members of the South Devon Youth League and this season will have teams in the 12, 14, 15 and 17 age groups.

We put a huge emphasis on our youth section and younger players because they are our future. We have several ECB level one and two coaches who coach all-year round - in the winter on Friday nights between 6pm and 9pm and from the first week of May at the club on Sundays from 10am to noon.

We are a Clubmark club and we have coaches out working on our behalf at four local schools as part of a Chance to Shine programme where cricket is delivered as part of the curriculum.

We have been hugely successful over the years on the field. We have won the Brockman and former Narracott and Kendall Meek trophies several times. We were also the first club in Devon league history to complete the league and cup double TWICE.

We also boast the very oak tree under which none other than the world-famous Queen of Whodunnit, Dame Agatha Christie sat many moons ago to score and watch her father play cricket!

We are totally reliant on a volunteer workforce which keeps cricket and our social side - we have our own bar - running and without whom we would be lost.

We are always on the lookout for new members, volunteers and players of all ability.