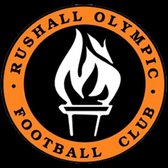 A strong first half performance from visitors Rushall Olympic, with 3 unanswered goals, gave them all 3 points under the floodlights at the UK Flooring Direct Stadium. An improved Barwell looked to stage a comeback in the 2nd half and an early Brady Hickey goal gave them so hope but they couldn't find another score.

The warning signs were flashing early for Barwell as Pendley went close with a shot that was just wide after only a couple of minutes. In the 4th minute the same player had given the Pics the lead with a good header into the top corner of the goal. Pendley rose well to meet the corner but it was another goal conceded from a set piece in to the box for the Canaries; something that has been seen before this season.

Rushall looked confident and pushed on, playing down the slope. A shot just wide and then another header from a corner went just over preceded the 2nd goal. This came after 17 minutes when the away side broke away after a Barwell attack and a ball was played forward to Hewlett. He cut inside and avoided a couple of challenges before shooting from the edge of the area past Max Bramley.

It was starting to look like a long evening for Barwell but the home side did have some chances in this opening half. Hickey brought a good save from Flatt in the Rushall goal, just 2 minutes after the 2nd goal and Kai Williams had a shot but it was well over the bar. At the other end Bramley got lucky and managed to just beat an attacker to the ball when a 3rd goal looked likely.

But the 3rd goal did come just moments later when Usher-Shipway was unmarked in the box and he turned a cross past the keeper with ease. An run down the left wing went unchecked and a short ball was played to Hewlett who scuffed his shot but it was met by Usher-Shipway who scored.

Barwell ended the half 3 goals down just like the last evening home game against Alvechurch.

The 2nd half started well for Barwell with a goal in the 49th minute by captain Brady Hickey. Jonathan Flatt pushed away a shot from Jahvan Davidson-Miller and, in doing so, was left down on the ground. The ball ended up around 25 yards out and was perfectly placed for Hickey to stroke it home with the keeper still getting up. It felt like, perhaps, a comeback was possible.

This looked more likely as Barwell continued to press after the goal. There was a better pace from the home side and a much higher workrate. There were few clear cut chances created in this spell but the momentum felt like it was with the Canaries.

On 66 minutes there was a flashpoint when some pushing on the touchline ended up with many of the players rushing over to get involved. The referee took his time and advice from his assistant and booked one player from each side. After this moment Rushall began to work themselves back in to the game but there was still a need for Flatt to make a good save from a deflected Davidson-Miller shot.

The home fans were enraged on 75 minutes when a collision on the edge of the area between Flatt and Kai Williams was deemed a free kick to Rushall when many in the ground felt it should have been for Barwell. The game entered the final stages with Rushall doing enough to keep Barwell at bay and look a threat on the counter attack themselves.

Barwell defender Ricardo Dudley, on his debut, was sent off. There were a few challenges that were flying in just before he made a rather rash challenge after being beaten to the ball and the referee was straight to the red card. It was another sending off for a Barwell player to join the other 3 that have been made as this season has got underway.

The second half was much improved for Barwell but being down by 3 goals at half time had made it all too difficult to get a result in the game.