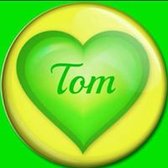 All the weekend action from around the club and community

As you will have realised one thing has been occupying the minds of not only the Beddau faithful but the broader rugby community in the run up to this weekend.

The tragic events surrounding the passing of our own Tom Owen has greatly overshadowed everything going on this week.

The 1st XV face arguably the toughest of the tests they welcome Narberth to Mount Pleasant Park in another National Championship fixture.

The Otters have had a hugely impressive season and currently occupy second spot in the table with thirteen wins from their sixteen games. One of their three losses was against Beddau at the Lewis Lloyd ground back in October. Wing James Davies, flanker Leon Rogers and Morgan Williams grabbed the tries in the 26-11 success with the prolific Hywel Chatham ending the game with an eleven point personal haul. Their other defeats were both against leaders Pontypool (40-6 & 18-13).

The West Walians are just eight points clear of the Green and Golds in second place in the table although they do have a game in hand but with both teams holding aspirations of finishing second in the table this is a big game for both.

Beddau are currently on a winning run of four games and will be keen to keep that moving and record a unique double over their visitors.

Match referee is Mr Jason Morris of Rhigos and kick off is 2.30pm.

Please note there will be a minutes silence prior to the kick off in memory of Tom.

Once again our young “Bulldogs” will be in action on Sunday morning. They will once again appreciate any support. They continue to provide some fun and entertaining rugby played in the right spirits and deserve every plaudit that they have received both on and off the field. They deserve our support too.

Our table topping Darts team continue their quest for a Winter and Summer league double this Friday with a home game against Llanharan RFC.

The teams last met down in Llanharan at the end of October and Beddau took the spoils with a 6-1 (13-3 legs) victory. Cavan Phillips was on form that night hitting a maximum 180.

Beddau will be more than happy with a similar result this weekend as they look to extend their two point lead over Ogmore A at the top of the table. Llanharan RFC occupy eleventh spot in the table with three wins out of the fourteen games that they have played.

The action starts at 8.15pm and the team would appreciate any support from the members.

Cwm Welfare enjoyed another good away day last Saturday with an impressive 3-1 win at high flying Ely Rangers. They will want to transfer their good recent away form into home form this Saturday as they welcome Treharris Ath Western to Mount Pleasant Park (2pm).

The visitors are eighth in table recording eight wins and a draw from their first fifteen games. The Merthyr Valley Club took the points in the early season game between the Clubs 3-2 and Saturday’s fixture could be another tight affair.

Cwm know that a victory could see them rise out of the relegation zone and build on what could be a mid-table finish after a difficult start to the season.

There is the small matter of the start of the Six Nations this weekend and there is no better place to watch the game than at the Clubhouse on its many large screens and big TV’s. Wales play Italy on Sunday and directly afterwards there is live entertainment. You can also catch all the top Premiership football live all weekend. Remember to get to the Club early to get your seats!!

Remember to pick up your lucky Club lotto tickets at the Club over the weekend. There is yet another big jackpot awaiting the winner of Monday night’s draw. Just pick four numbers from the twenty on the card and pay the £1 entry fee and you could be having a good start to February. It is a fantastic way of helping your Club and hopefully your bank account too.

Have a great weekend.