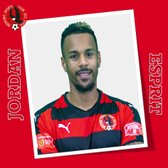 Sports start with a win

Sports were rocked by a number of senior players missing from this opening day fixture, Ricky Wellard and Max Webb both were missing, new signings Connagh Wilks and Aiden both missed out due to the international clearance fiasco with the FA, MIchael Kinsella started his 2 match ban from October 2020 !! and another new signing was missing due to the dreaded Covid !! which meant the gaffa has to dig deep and give 1st team opportunities to Owen Cartwright and Alfie lal from the youth team. New Signings Lewis Flatman, Jonathan and Tommy Brunton all made there debuts for Sports

In a nervy opening day fixture all the action came late on in both halfs. Chipstead took the lead on 45 mins when dan moody was composed on the edge of the box to curl the ball home in an uneventful 1st half.

The 2nd half was much of the same until 10mins to go. The introduction of young alfie lal gave sports a spark, he ran down the keeper for sports opener, the save landed at the feet of the star man jordan epsirit who volleyed home for 1-1. In the 94 min esprit again caused mayhem and was upended in the box, the wizard of sports darryl sanders dispatched the penalty to see sports start with an opening day win, 2-1