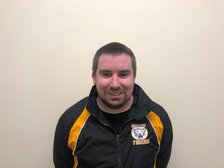 With Hemel Stags the visitors tomorrow, Head Coach Pat Wilson has said that it will be a ‘performance based approach’ from the Tigers this weekend.

‘We had only had one or two sessions before the Eastern Rhinos fixture so it was difficult to implement a game plan but the lads are getting used to how I want the team to play and we will only get stronger as the season goes on.

I’m looking for us to make improvements from game one, but at the end of the day, nobody wins titles in preseason.’

There will be plenty of rotation for Bedford this weekend which will allow Wilson to watch players for the first time in a match situation with them coming in to replace those who are unavailable through injury and other commitments.

Wilson said: ‘We have a few guys this week who are returning that didn’t play against Rhinos and will slot in to take the spots from some of those that did’

With the Tigers having to fulfil two squads with both the Southern Conference League and the East RL competition , Wilson added: ‘There is a rough temple of what the two squads may be, however there will be movement and synergy between the two depending on commitment and form.

‘Competition for places is crucial to end performance.’

On the subject on recruitment Wilson exclaimed: ‘We are always looking to add numbers and build on the squad we have, I’m not here for a taking part medal.

We want to develop and perform at this higher level and to do so we need a stronger a set of two players as possible. From experience, running two teams through a summer competition, you get through a lot of players. Anyone that fancies giving it a go, come down. We are open to all levels.’

The rivalry between Bedford Tigers and Hemel Stags goes back to 1999 when the Tigers were then named Bedford Swifts RLFC.

Both sides have contested many a Eastern RL Grand Final as well as East RL Cup Finals throughout the years with each fixture impossible to predict.

Kick-off for this Sunday’s game against the Stags is at 14:00 at 1 Great Spur, The Great Ouse Way, Biddenham MK40 4WG.