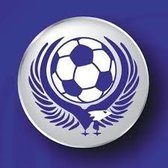 Bedford Town Football Club can confirm the appointment of two new employees. Martyn Cannon and his wife Shelley have joined the club from today in the roles of General Manager and Business and Sponsorship manager, respectively. Both come with a great experience of non league and the commercial side of the game, having been involved Rayners Lane Football Club previously.

The pair will be responsible for the day to day running of all the Eagles facilities, meeting and greeting at functions, banking, locking up and other tasks that are required. They will also be responsible for all sponsorship going forward and any money raised for the club itself. Both are also keen to see the club used more during the day time, and their role will enable this to happen without the need for volunteer involvement.

Speaking to www.bedfordeagles.net, director Jon Taylor commented “I’m sure everyone at the club will join me in welcoming Martyn and Shelley to the club. They are two experienced people around the game and will become assets to the club. We must sincerely thank Ralph Allen for his continued efforts over the last few years, in particular with regards functions. The role of volunteers such as him, James Smiles, Gerry Edmunds, Lol Turner, Mike and Carol John, the supporters club, will continue to be paramount as the club moves forward together.”