The first game back at the Eyrie after a fantastic double winning season. The visitors today are League Two outfit AFC Wimbledon travelling up from South London. It will also be a great opportunity to get a first impression of the new recruits brought in by Gary Setchell.

The Eagles have strengthened their squad by adding 5 new players to the squad. First of all, we have Sam Warburton coming from AFC Rushden & Diamonds who will slot in at full back or in defence to replace the departing, Lewis Miccio. Exciting, young forward Tyrone Lewthwaite has also signed for the Eagles after spending the end of last season with Aylesbury United. The Northern Ireland U19 international will be playing up front and is the replacement for Bedford Town legend Rene Howe. 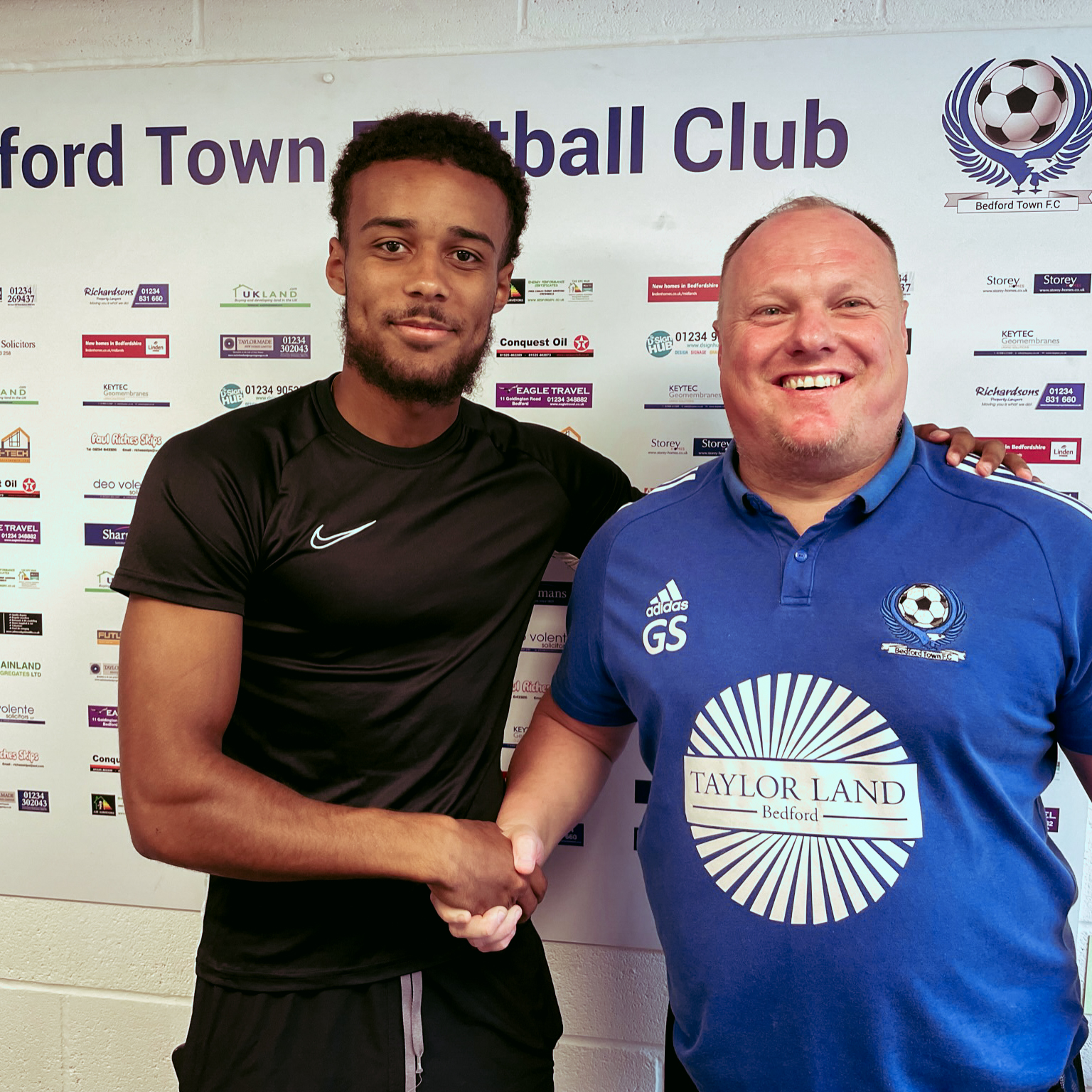 Gary Setchell has also secured the signatures of defenders Kai Phelan and Luke Pennell. Kai Phelan was brought in to bolster the defence after signing from local side Barton Rovers. Luke Pennell signed from Braintree Town and could feature alongside Kai Phelan in the back line in the coming season. Liam Brooks was also signed on last week to improve the strike force preparing for step 3 football.

Vital players from last season have also signed on to continue their time at the club. This list includes Elliot Duffy, Charley Sanders, Drew Richardson, Josh Page, Hugh Alban Jones, Will Summerfield, Joe Butterworth, Callum Donnelly and Connor Tomlinson. Bedford will be confident going into the game and hopefully the momentum from last season will continue into pre-season and the season ahead. A big crowd is expected at the Eyrie as this rearranged fixture is bound to draw in a strong attendance.

AFC Wimbledon make the 172-mile round trip today to face off with the Eagles. The real Dons were relegated from League One last season after an utterly miserable end to the 21/22 finishing with just six wins all season. After going on a 26-game winless run which ran from early December until May. AFC Wimbledon are without a win for a long time and will be hoping to bounce back after a poor season. AFC Wimbledon have made one signing in Irish defender Alex Pearce who was brought in on a free transfer from Millwall. New manager Johnnie Jackson's side recently moved back into a new and renovated Plough Lane. The AFC Wimbledon fans will be hoping for a bounce back season and they would like it to start now. The Dons' star man Jack Rudoni has been linked with numerous sides ranging from League Two to the Championship. The wombles also travel to Eastbourne Borough and Farnborough in pre-season. They host two league one sides in pre-season as Ipswich Town and Oxford United travel to The Cherry Red Records Stadium. They also play against Championship outfit Reading in mid-July.

As always, tickets are available to purchase at a reduced rate via the Bedford Town FC Box Office. All matchday admission information can be viewed here. Supporters are reminded that this match is an early kick-off at 1pm. The turnstiles and all facilities will be open from 11:30am.

This will be a great game between two strong sides. AFC Wimbledon will come in their numbers and will also be the favourites in the tie. I wouldn’t rule out Bedford though as this squad just keeps on improving! Best of luck to both sides and safe travels to everyone!