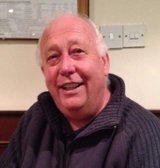 We heard yesterday the very sad news that Martin Larrett had passed away on Thursday 25th February after a battle with cancer.

Martin was a pivotal member and part of Bentley Cricket Club. From starting to help out with coaching in 1997, to becoming Colts Manager in 1998, then becoming Club Chairman in 2002, to finally taking on the Club Development role between 2015 & 2017.

Martin’s time as Colts Manager saw the Club’s Colt numbers jump from 35 to over a 100 within the first 2 years. He was also heavily involved in working on our first Clubmark accreditation, including the first Club Development plans. In 2002 he moved from Colts Manager to the role of Club Chairman, which he continued as for a further 8 years, all the while still involved in Coaching the Colts, which he did up to 2016.

Finally he took on the Club Development role between 2015 and 2017.

During all the time Martin was involved with the Club he strived to progress the Club forward. Martin changed a lot at Bentley Cricket Club and will be sadly missed by all that knew him.