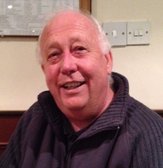 Join us on Sunday, 29th of August for a memorial day in honour of Martin Larrett

In late February of this year, Bentley CC sadly lost Martin Larrett, a pivotal member of its community, who helped take the club to new heights through his work with the Colts section.

Though not a playing member, Martin’s impact off the field was immeasurable. After joining in 1997 to help out with coaching, Martin took on the role of Colts Manager in 1998 before becoming Club Chairman in 2002, a role he held for 8 years. Alongside these responsibilities, Martin continued coaching until 2016, during which time the size of our Colts section increased significantly; many of our current 1st team had the benefit of Martin’s tutelage.

Alongside Martin’s family, the club would like to come together and commemorate Martin.

With that in mind, we will be hosting a memorial day in Martin’s honour starting at 12pm on Sunday 29th August.

We are proposing the day will include a round robin tournament between teams of various age groups (as we have done previously) but we will confirm the format once we have a better idea of numbers.

The bar will of course be open and the BBQ will be fired up as the afternoon progresses so please join us to reminisce and raise a glass to Martin’s memory.

If you would like to attend and/or play in our tournament, please email the club Bentleycricketclub@gmail.com or call/send a text to Olly Beaney on 07590839481.