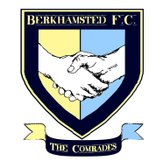 The club was formed in 2009 and appointed experienced manager Micky Vipond who had been successful with Leverstock Green, Tring Athletic and Hemel Hempstead Town (where he had a long playing career). The club won the Molten Spartan South Midlands League Division 2 title in its first season, losing only once each at home and away. Winning division 2 by 9 points led to promotion to division 1. The team were again champions in 2010-11, this time by 15 points and were unbeaten at home in the league. This earned a second successive promotion and movement up to the Premier division, where the club stayed for 6 years. The total of 107 points was the highest in the season for any club in the non-league pyramid, prompting the Herts. FA to award the club the prestigious Sir Stanley Rous Memorial Trophy. It is named after a former local referee and administrator who rose all the way from West Herts. football to the top job at FIFA. The team won promotion to the Southern League under Steve Bateman by finishing as Premier division runners up in 2018. Last season the club were leading the division when it was abandoned due to a pandemic. Being deprived of conventional promotion, the joint management team of Steve Bateman and Lee Bircham chose to move up two divisions by taking over the hot seat at Hemel Hempstead Town and took a couple of players with them in the summer.

The club made its FA Cup debut in 2011 with an away win over Crawley Green, followed by a trip to Clarence Park, but the game with St Albans City was goalless, then exiting at Broadwater in the replay. In 2012 they played 5 FA Cup matches but went out to Metropolitan Police in the 2nd qualifying round of the FA Cup, having knocked out Hoddesdon Town (after a replay), Hadley and Uxbridge. 2013 brought home wins over AFC Dunstable and Harefield United, but defeat at Daventry Town. In 2014 Ashford Town eliminated the club in the first match and in 2015 the Comrades won against Hanworth Villa but went out to Barton Rovers. In 2016 Berko went out to Cogenhoe United before the league season had started. In 2017 they overcame Crawley Green but went out 4-1 at home to Slough Town in front of 366 fans-the best yet at home. 2018 saw wins at Tring Athletic and Thame United but defeat to Coggeshall Town in a home replay. Last season produced a win at Wembley (Vale Farm!) followed by a narrow controversial defeat at step 3 St Ives Town.

The 2018 debut in the FA Trophy brought a 5-1 win over South Park but defeat at Chipstead. Last season produced a 5-0 win at home to Herne Bay but defeat at step 3 side Hornchurch 3-1. In 2016 Berkhamsted reached the last 16 of the FA Vase, going out 2-1 at home to the eventual winners Morpeth Town. They got there with six wins, earning the club the Houghton Regis Trophy.

In 2019 the club reached the quarter final of the Southern League Cup going out 1-0 after a long midweek trip to Lowestoft Town.

Berko have reached cup finals in each of the last eight seasons. Last season’s Herts. Charity Cup final with Hemel Hempstead was not played due to the virus, with the sides being declared joint winners. The previous season Berko won the St Marys Cup with a 1-0 win over Oxhey Jets but lost the Herts. Charity Shield final 1-0 to Colney Heath. The previous year they lost the St Marys Cup final to Leverstock Green. In 2016 they beat Tring Athletic 3-2 in the Herts. Charity Shield final. They won their first cup in 2013 by also beating Tring Athletic at home in the St Marys Cup final. In 2015 they landed the Premier Division Cup, beating Colney Heath after a penalty shoot-out in the final. 2014/15 featured their best run in the Herts. Senior Cup when they beat three fellow SSMFL Premier division sides before going out in the semi- final 2-1 at home to National South side Hemel Hempstead Town.

The club nickname is the Comrades, after Berkhamsted Comrades which was the name of the football club formed in the town by servicemen returning from the First World War 100 years ago. It later changed its name to Berkhamsted Town, but that club folded for financial reasons in early 2009.

The name Berkhamsted Comrades returns this season as the name of our reserve side who compete in division 2 of the Spartan South Midlands League-where the first team began. The club also runs a midweek side for under 18s in the Southern Counties Floodlit Youth League. We are the only club locally to run a complete pathway from youth to reserves and first team level. On Sundays the under 15s and under 14s compete in the Eastern Junior Alliance.