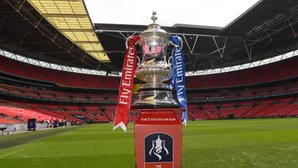 An early goal and a late one saw an under-strength Berko side exit the Emirates FA Cup in Bristol on Saturday.

An early goal and a late one saw an understrength Berko side exit the Emirates FA Cup in Bristol on Saturday.

They were beaten by a Cribbs side who did not play like a team from a division below Berko on a large well grassed pitch.

The Western League side made a good start forcing Xavi to tip a shot over the bar. A cross took a deflection off a defender allowing Steve Murray to come in onside and put Cribbs ahead in the second minute. Josh Bennett nearly doubled the lead, but Xavi backpedalled to put it over the bar. The foot of the left-hand post twice came to Berko’s rescue as they were under the cosh in the first half. At the other end Alie Bangura intercepted a poor back pass and his shot beat Fraser McDiarmid in the home goal, but just hit the edge of the far post and deflected to safety.

Midway through the first half James Verney had to come on for the injured Eric Lopes and his cross was nearly converted by Lewis Toomey. Berko had more of the second half but produced few clear-cut chances despite a lot of possession. Xavi saved from Dan Webb, who also lobbed over the bar when well positioned with a breakaway. A Bangura cross was nearly flicked in by Lewis Toomey.

Berko did not have the rub of the green with several penalty appeals turned away, and several players got yellow cards on a frustrating day. The home side had the chance to clinch the win when they were awarded a penalty, but as in midweek they could not convert it and Xavi dived well to his right to save. Alex Witham looked to be about to strike an equaliser as the ball was laid back to him around the penalty spot, but a fine tackle stopped the chance.

Substitute Matt Spiller took a last minute goal well when he fired in a left foot shot to seal the next round place for the home side. Berko cannot complain as Cribbs were the better side on the day with only Connor Toomey and Xavi playing well throughout for the Comrades, for whom too many players had an off day.

The Pitching In Southern League season starts on Saturday at 3pm with Berko entertaining North Leigh in division 1 Central, which has the same line up as last season, since the virus meant no promotion or relegation. Chris Devane is hoping Charlie Briggs, Romario Hart and Josh Chamberlain will be fit again in time for the match. Spectators are allowed as an exception to the rule of 6, but are encouraged to arrive early to provide track and trace details. The club has installed Evepass so that mobile phone users can scan a QR code, but paper details of name and phone number are equally acceptable.

On Saturday, Berkhamsted Comrades begin their season in division 2 of the Spartan South Midlands League with a short trip to Tring Corinthians. In their last friendly, The Comrades young side won 3-0 at Ampthill Town with a Jamie Fulton penalty and Ben Wootton bagged a brace of second half goals in their final friendly of the season.

The Eastern Junior Alliance season got underway on Sunday. Berko’s under 14s went to the top with a 4-2 over Hadley with Iain Kanu leading the way with two goals and Aaron Huang and Mete Cakir also netting for Berko. However, the under 15s went down 4-0 to Cheshunt.