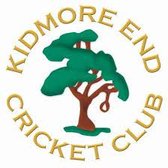 Fred Curzon has passed away

He will be greatly missed
Kidmore End CC
We were very sorry to hear of the passing of Fred Curzon. He was a Berkshire CCC vice-president and very actively involved in youth cricket throughout the county for many years.
The Sonning Common resident spent much of his cricket life with Kidmore End, holding several roles at the Gallowstree Common club. He had been their president since 2006.
Prior to that, he was treasurer from 1974 to 1980, vice-chairman from 1990-2004 and junior cricket manager 1985-95.
As Kidmore End said in a statement: "He will be greatly missed and the club would not be where it is today without Fred's tireless service."
The club will be holding a minute's silence before all of their games this weekend.
Share via
FacebookTwitter
https://www.pitchero.com/clubs
Recent news