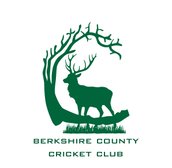 Berkshire made a winning start to the ECB U18 County three-day competition by beating Kent by 103 runs at Falkland.
In a rain-affected game, Berks were bowled out for 183 in the first innings, wicketkeeper Ben Moffat top-scoring with a 50-ball 46 with two sixes and five fours, while Charlie Dunnett made 43 from 70 and Kieran Lall 34 not out.
Dunnett then claimed two wickets and a run out before Kent declared on 32-3 after 14 overs in a bid to catch up on time lost.
He followed up with another 30 in the second innings but was slightly outshone by Rhodri Lewis who hit an unbeaten 66 off 64 balls while Shaariq Sheikh was 24 not out. Berkshire, captained by Adam Searle, declared on 151-4 after 31 overs, a lead of 334.
Kent made a useful start, reaching 106 for the loss of just one wicket. They moved on to 163-4, but Berkshire then chipped through the rest of the order and they dismissed their visitors for 199 in 74 overs.
John Child took 3-18 and there were two wickets apiece for Lewis (2-17) and Samm Daniel (2-44).
Berkshire's next Group 6 game - the second of three - is against Surrey at the LSE ground, New Malden, on July 27-29.
Share via
FacebookTwitter
https://www.pitchero.com/clubs
Recent news