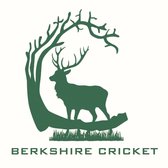 Century for Connell against Surrey

Berkshire lost by three wickets to Surrey in the ECB U18 County Championship Group 6 game played at the LSE sports ground in New Malden this week (July 27-29).
In their first innings, Berkshire were all out 188 following a half-century from Ben Moffatt.
In a rain-affected match, Surrey declared on 102-3 and Berkshire went on to extend that lead by making 192-3dec on their return to the crease with Johnny Connell making an outstanding 106 off 132 balls and Charlie Dunnett an unbeaten 56, the pair adding 124 for the third wicket.
This left Surrey requiring 278 to win the game. It was a tall order, but they reached their target in the 64th over with seven wickets down thanks largely to an opening stand of 115 in 28 overs. The pick of the bowlers was Shaariq Sheikh with 2-30 from eight overs.
With two matches completed, Surrey top the table on 33 points, followed by Essex with 21, Berkshire 20 and Kent 12.
Berkshire's final group game is against Essex at Falkland CC on August 17-19.
Skipper Adam Searle, Johnny Connell and Charlie Dunnett have all been asked to share the 12th man duties when the Berkshire senior side play Dorset at Finchampstead in the NCCA Championship starting on Sunday, August 1st.
Share via
FacebookTwitter
https://www.pitchero.com/clubs
Recent news