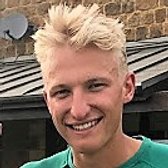 We're through to the semi-finals

Berkshire produced a spectacular seaside performance to reach the semi-finals of the National Counties Trophy, where they will be away to Wales NC, the side they recently defeated in the group stages.
The defending champions bowled out Devon at Sidmouth for 253 and then recovered from 59-4 to reach their target with five wickets down and three and a half overs to spare - a result which looked extremely unlikely at one stage.
Tom Scriven made an excellent 75, but the batting honours went to Euan Woods, who also made 75, and Andy Rishton, with 57, the big-hitting pair sharing an unbeaten stand of 108 off just 65 balls.
Earlier, Rishton (pictured) had returned superb bowling figures of 9.2-4-18-3.
After giving away 14 runs in the opening over, Tom Nugent and Rishton did an excellent job in tying down the early Devon batsmen with Andy ending his first spell at 8-4-12-1.
Devon's Matt Thompson took more than an hour to move into double figures, but the wicketkeeper went on to play a vital role for his side, spending more than two and a quarter hours at the crease in making 52 to move Devon on to 149-4 by the 36th over.
The hosts, however, put their foot on the accelerator thanks to Calum Haggett, with 87 runs from 81 minutes, and Ben Beaumont (42 from 39), moving the total along to 237 in the space of 11 overs.
But Chris Peploe (3-54) and the returning Rishton (3-18 off 9.3) cleaned up the tail with Devon all out for a 253 in the last of their 50 overs.
Berks lost Savin Perera for 11 in the sixth over and Toby Albert for five in the 11th, and at this stage, the hosts were a bowler short with Jack Popham forced to leave the field with a leg injury.
Skipper Richard Morris managed only five before losing his wicket to Fahad Sabir, who then had Josh Lincoln caught behind for six. Berks were wobbling at 59-4 and in desperate need of a hero or two to get them out of trouble, knowing they have players all down the order capable of putting a decent score together.
Losing opener Tom Scriven for a patient 75 (off 99 balls) looked like a setback as his departure came at 148-5 in the 38th over at a time then Berkshire's run rate was only about a third of what was required if they were to reach their target.
With 11 overs to go, they still needed 92 and the odds were in Devon's favour.
But a confident-looking Rishton and the unflustered Woods swung the game around by smashing 50 runs in the space of three overs.
Euan finished on 75 which came off 77 balls and contained two sixes and six fours, whilst Andy had the same boundary count but scored his 57 off just 37 deliveries, a strike rate of 154.05.
Even the seagulls decided it was too risky to sit on the outfield as Berkshire flew home at 256-5 with three and a half overs to spare to record what must surely go down as one of the county's most memorable games in recent years.
On this form, it is going to take a very good side to stop them from retaining the Trophy. They now play Wales at Port Talbot on August 8th with the winners taking on Cumbria or Cambridgeshire in the final at Wormsley on September 2nd.
Share via
FacebookTwitter
https://www.pitchero.com/clubs
Recent news