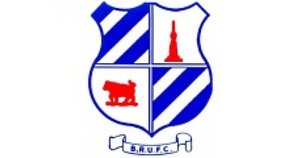 S.W.1 EAST: BANBURY 68 BICESTER 12 – PAUL CHRISP
Visitors Bicester were comprehensively outclassed by an altogether faster, fitter and more cohesive Banbury side, who scored 10 tries, 9 of which were converted by scrum half Ed Phillips. Bicester struggled to win any good possession from the start, and they turned round 26 points in arrears. The rout continued unabated after the break, as Banbury added 6 tries to their first half total of 4. Replacement Matt Goode scored a hat-trick of tries, all in the second half and centre George Grieve crossed twice in the first half. Despite being under almost constant pressure, Bicester never gave up, and were rewarded midway through the 2nd period, when just after replacement Harry Gaunt was sin-binned, they scored 2 fine tries in 4 minutes, before the Banbury onslaught continued.
Banbury were ahead after 6 minutes, when from a line out on the right full back Joe sent winger Tommy Gray sweeping in at the corner, for the only try which Ed Phillips failed to convert. Banbury scrum ball was then recycled into the centre, and aided by some lack lustre Bicester tackling attempts, inside-centre Jimmy Manley put George Grieve across on the left, for the first of 9 converted tries. Then only a superb tackle by the visitors full back Sam Richardson, prevented a try on the right, but from the ensuing 5 metre scrum, no.8 Chris Phillips drove to the try line. Next after a good handling move by Bicester forwards, Andrew Faulkner, Francois Wiese and Ali Atashgah, Dan Spencer, won a clean ball at the tail of a line-out on the left, but immediately Banbury intercepted, and George Grieve sprinted 50 metres to the posts for his 2nd try, a few minutes from half time. Banbury had now earned a bonus point, and through centre Peter Tarrega went close to a breakaway try from a Bicester scrum. Banbury again recycled a quick ball from a scrum, into the centre of the field and replacement matt Goode raced under the posts for the first of his 3 tries. Shortly after, Banbury won 2 penalties, from the second of which, the ball was kicked into touch, and from the line-out on the leftside, fly-half Sam Stoop scorched across for his sides 6th try. Next, replacement Ryan Biscoe, landed a stunning tackle for Bicester, before Banbury drilled another penalty into touch on the right, and as the pack drove strongly from the line-out scrum half Ed Phillips set off on a spectacular run to the tryline. Then, Despite losing Harry Gaunt to the sin-bin, Bicester rallied to reduce the deficit to 35 points, in the space of 4 minutes. First they snaffled Banbury’s line-out ball, on the right, and fly-half Charlie Bethell fed Peter Tarrega, who sent scrum half Christian Mann careering over for a try, which Sam Richardson also converted. Straightaway from a ruck on the left, lock Ali Atashgah powered across field, before Peter Tarrega’s quick break on the right put centre Dan Spencer over the line for a well deserved try. Bicester’s moment of joy however was short lived, as matt Goode, completed his hat-trick of tries, by bolting to the line twice, direct from 2 scrums. Finally, right at the end, from another tap penalty move, winger Freddie Cracknell, darted across the line from 30 metres.