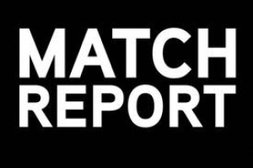 Although Ampthill won this game by five tries to two, they were virtually gifted the first 3 tries, courtesy mainly of some poor tackling and defensive work from Bicester. However, Bicester did dominate all but five minutes of the first quarter, before conceding two tries to end the first session 12-0 down. Ampthill then scored three times to finish the second session 29-0 ahead of the visitors. Bicester fought back bravely to score two fine tries in the last quarter and reduced the deficit to 17 points.

Bicester hooker, Jake Holdsworth was unlucky not to score, driving forcefully off of an early scrimmage and Ampthill then scored three tries in five minutes. First, lock Mark Loan touched down in the right for a try converted by fly -half, Johnston Bradley.

Next, a poor clearance kick from Bicester was gathered well by Ampthill, who moved the ball out wide to the right to send winger, Darren Jones across. Flanker Jack MacShane crossed for a breakaway try at the start of the second session. Bradley again, converting.

At this point, Bicester centre, Ben Biscoe was taken to Hospital with a neck injury and when play resumed, Ampthill inside-centre, John Kitchener broke from a scrum to touchdown on the right for an unconverted try. The session ended with Darren Jones scoring his second try to give Ampthill a 29-0 lead.

The third session proved to be scoreless, whilst Bicester took control of the final twenty minute session to score two excellent tries without reply. Ten minutes into the game, Bicester skipper, Granville Williams picked up a loose ball in his own ‘22’, before embarking on a long run down the left side.

Then from the ensuing scrum, fly-half Simon Poole sent full-back Steve Miller hurtling across the line for a try on the right. Poole’s conversion attempt was only just off-target, but moments later, from another Bicester dominated scrum on the left, Jake Holdsworth drove on powerfully until the ball was transferred across the field for Granville Williams to put winger, Freddie Everitt over for a try, which Poole converted.