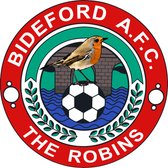 Special deal for first 20 Season Tickets sold,which are on sale now for 2019/20 Season.

You can now secure your 2019/20 Evostick Southern League Division One South Season ticket.

We are offering the first 20 to be sold at an Early Robin rate of just £130 for an Adult or £80 for concession (over 65, or Student with valid ID). This equates to saving of over £3 per home game for an adult and just under £2 per game for a concession.

The lucky first 20 will also be entitled to free entry to our recently announced home pre-season friendlies*.

To get your hands on this cracking deal call into the club office (week day mornings) or call Mike Higgs on 07800540847.

Thank you for your support