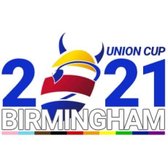 Press release- re Postponement to 2023

Today (21/10/20) International Gay Rugby (IGR) has agreed to the Union Cup being delayed by two years, having been due to be held in Birmingham at the beginning of May 2021. With thousands of rugby players from LGBT+ based teams across Europe being due to gather in Birmingham to play rugby and socialise together, the likely COVID-19 restrictions and travel quarantines have unfortunately made that untenable. IGR have agreed to instead award the Birmingham Bulls RFC the right to host the tournament in 2023.

Alistair Burford, Tournament Director for the Birmingham Union Cup said, “With limited rugby if any taking place in many European countries, and restrictions here in England likely to be in place for at least 6 months, postponing the tournament is the right thing to do. While we’re disappointed, we’re now focussed on delivering a truly special tournament in 2023.”

The IGR Trustees said ‘The Birmingham Bulls have worked tirelessly towards bringing us a high quality tournament for Union Cup 2021. As the COVID-19 situation has continued to develop, restrictions in the UK are expected to last well into 2021, this has increased uncertainty about travel or quarantine arrangements, making an international tournament the size of Union Cup undeliverable in 2021. Add into this, that there is currently no confirmed date for a return to full contact rugby in the UK, it has become increasingly clear that the tournament cannot take place in the format we would all expect.

We, the IGR trustees, share your disappointment at this development, but the safety of all the players across the Inclusive Rugby Community is our top priority. We fully support the Birmingham Bulls in making this decision, and look forward to joining them in 2023 at a tournament that will be a true celebration of rugby at its finest
ENDS

The Union Cup is a biannual rugby union tournament the LGBT+ based teams from across Europe. The Birmingham Bulls RFC were originally awarded the right to host the tournament by European affiliates of IGR at the previous tournament in Dublin

IGR (International Gay Rugby) is the global association of LGBT+ based rugby teams.

Birmingham Bulls RFC is a rugby union club based in the LGBT+ community of Birmingham and the West Midlands. They play in the North Midlands merit league as well as IGR tournaments.